We did it. We actually left. Of course being homeless always helps with this.  it so much easier to go if you have no place to stay! Although we were not officially homeless until today.  Patrick handed over the keys to the landlord this morning. Not that there was any point of return during this month. We had signed on the dotted line and the new tennets were just counted down to May 1st.  In fact, they were eager to lay claim to ours as theirs. SO much so, we gave a set of keys to them and they were in there the whole of April creating a brand new space.
So cute! So like a Tetris piece! 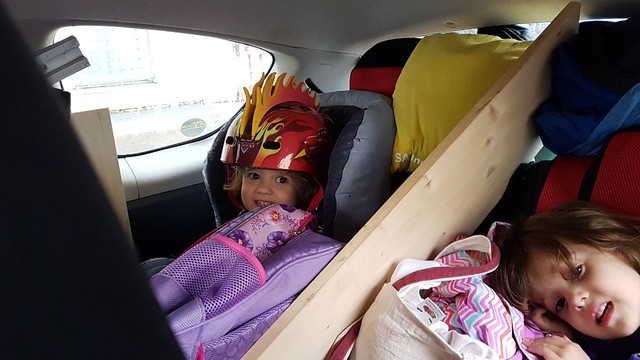 Secret side note ninja tip to those of you wanting to do something like this:  just like having no other place to sleep helps you actually move onto your boat, not spending money on the apartment you have also helps in saving enough money to make the choice to go.

This present week aside (#smarterartistssummitrocked), we have lived for 3 weeks on the boat. The first one being on land. (I was only half joking about starting a trip in Mercury Retrograde by starting backward to counter it).

April 1st: We start our sailing trip by taking the boat out of water 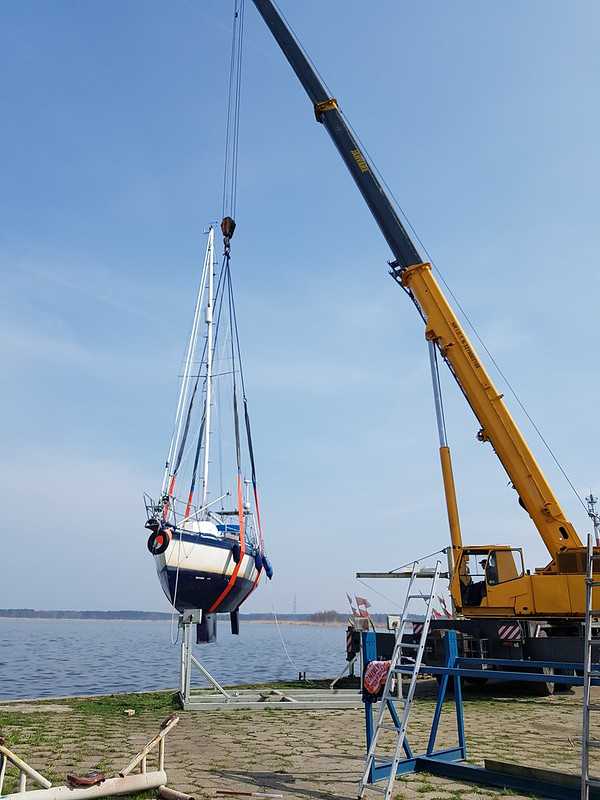 And then started a week of work! Patrick had the task of checking the underbody and painting it before installing our new solar panels. 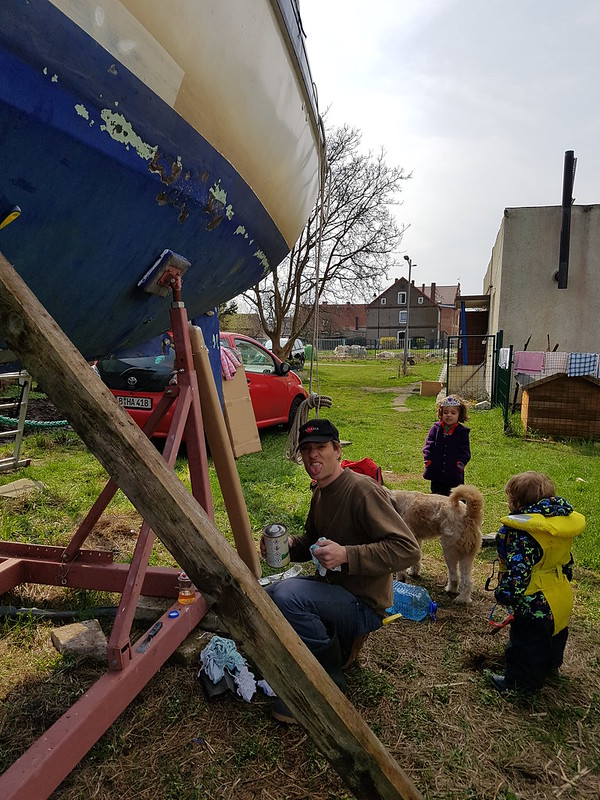 And as not impressed as he looks in the above picture, it would appear the solar panel installation made even less of one on him …. 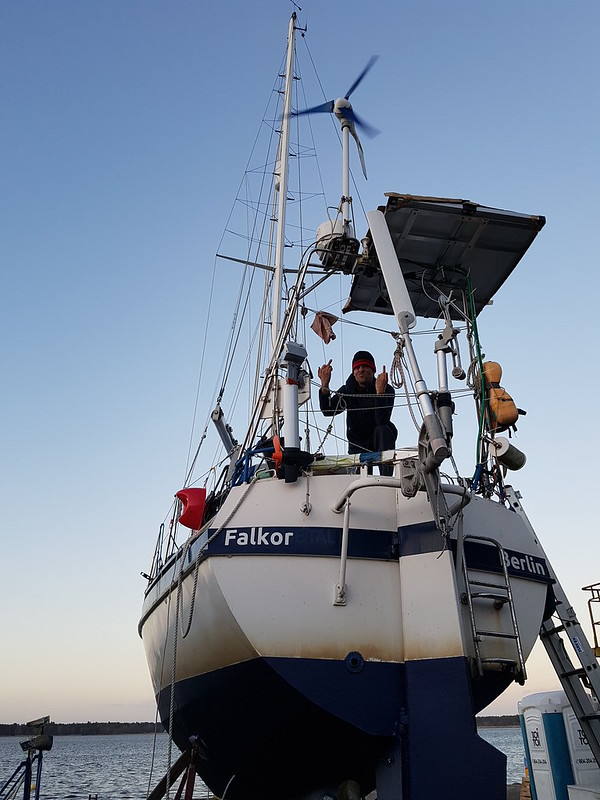 While he did that we hit the beach with friends…. 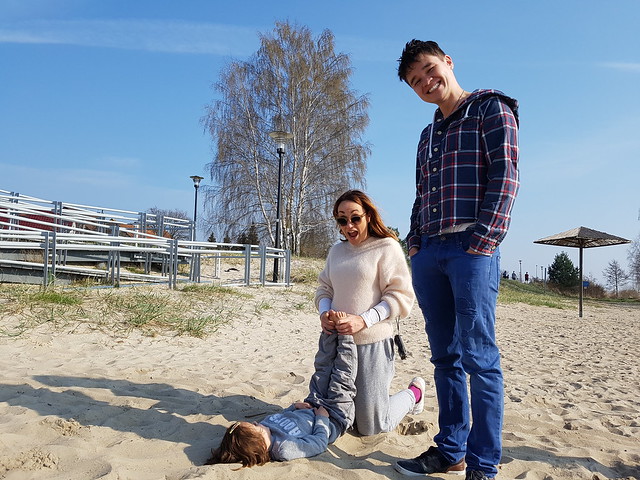 I think we had the better deal. 😛

But more to come next week! (And it will, I am going to be cheeky and write it right now and date it to post next week!) But those on our newsletter get a little more detail as I assume they actually want it, so hop on over there if you are not already!