The good news is that the ice has melted! Our fear of being stuck in the ice for our departure the first week of April has proven to be unfounded! (We more or less thought it would be, but still, seeing your boat very frozen in the ice in the middle of February makes you wonder).

A lot of people have been asking us what our plan is. Other than moving onto our boat April Fool’s Day that is! (Seriously hate telling people we move on board April 1st. I plan on making it to the boat the evening of March 31st!)

Our general plan is not to have a plan, as that post on Unleash Your Adventure talks about. Having said that we do have a general idea of what we want to do. So here is our general plan up until the end of November!

(And for those who do not want to read the details, here is the spoiler version: Hamburg then Amsterdam then onwards to England, followed by the jump over the Bay of Biscay into Portugal where we assess if this works as a family. If it does then Patrick sails onwards to the Caribbean and I fly back to Newfoundland with my babies for Christmas and I will meet him on New Years Day.)

Want the full version? Read on!

The first week of April will be spent on the boat doing all the last minute stuff. Getting the boat de-winterized (Hurra toilet and goodbye you hideous bucket!)  as well as taking Falkor out of the water and checking him over (Patrick will tell you about him being stuck in his next post), painting the bottom, cleaning the accumulated scum from the last year off of it and sorting and storing all our stuff. Patrick’s parents are coming up as are some friends to hang out that week and see us off. So some of the stress of doing that with 2 small children should be taken away with that!

Then we are off – but not for long!  ;P We have a little over 2 weeks to get to Hamburg at a nice leisurely pace. There I fly to Austin for the last week of April for The Smarter Artist Summit . And since we have our apartment until May 1st, Patrick will take the train to Berlin and put the kids back in Kita that week. That way I can actually enjoy the summit and not be worried about my babies outnumbering the adults on board!

Patrick meets me in Hamburg the following weekend and we are off again! This time our next big stop will be Amsterdam. Patrick’s mom has planned her 60th birthday celebration there for about 3 years now, so the boat will be left in Amsterdam and Patrick and the kids will fly to Tuscany for those 2 weeks. I have a friend visiting from Canada and she will hang out on the boat with me for part of the time. The other part I will spend writing.

Doing the biker thing in Tuscany: 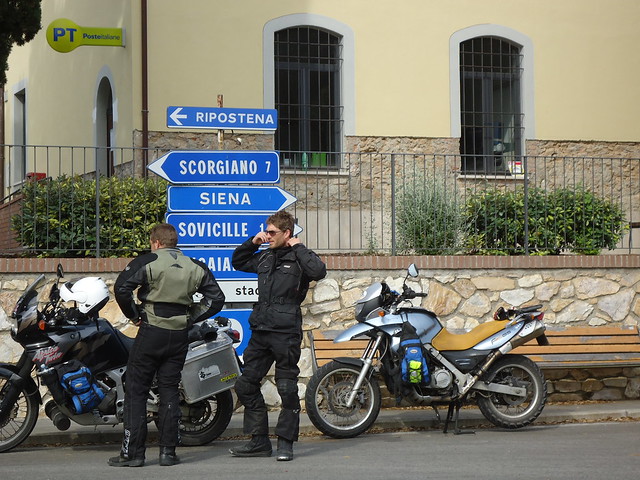 Then Patrick rejoins me and we make our way to England, where I will then leave him again while he does the Bay of Biscay. Not going to lie, I have no real desire to be on a boat with small children for multiple nights with no land in sight. Let alone when it is known for its uncomfortable passages. Myself and the kids will fly and hang out on a beach in Spain waiting for daddy to show up!

Totally got this beach thing covered 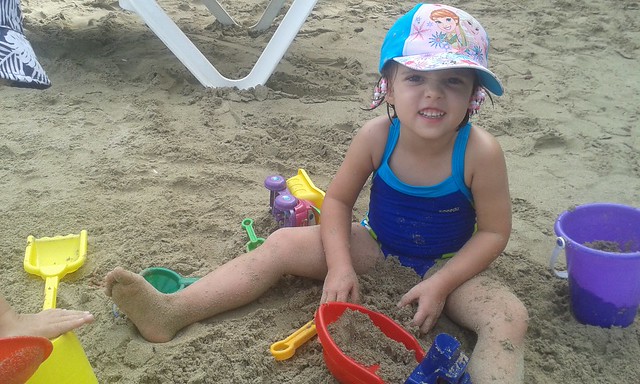 We then make our way to Portugal, where two major things happen. The first is my parents visit us. Yippee!!! And the other is that we make our first major decision (supposing we don’t decide to stay in Amsterdam  ;P #jokingnotjoking)  – if we like it then Patrick makes the jump to the Caribbean and I fly to Canada with my parents for Christmas. If we decide this is not something we want to continue (not impossible if Emjay proves to be a reluctant and seasick sailor as she has been in the past) then we hang out in the Mediterranean for a year. Otherwise, we meet Patrick and we keep sailing!

The important thing is that we are going into this with an open mind. I believe there are 2 massive things that block people from doing a trip like this. The first one is actually leaving. Of course, this is huge and can be scary. But I also believe the underlying issue is the fear that they will look stupid if it turns out they don’t like it and want to come back.

Here is the thing, anyone who laughs at you for being brave enough to admit it was not for you is a coward in their own life. Coming back early often takes more guts than ever starting out.

So that is our plan without a plan! Everything else in between we plan on just letting it play out and see how it goes!  🙂

This photo has nothing to do with the post, I just think it is adorable… 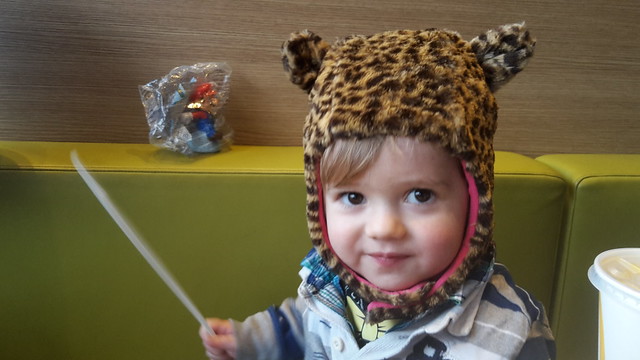