Patrick and the new Falkor crew have made it to Cape Verde! They'll hang out there until Wednesday and then sail on to Barbados. And he finally caught a fish! 😜 #booksboatsandbabes #sailing⛵️ #fishing #atlanticcrossing #lifeafloat #bluewatersailing

People have been asking about Falkor and his crew. 4.2 knots at the moment and 1395 nautical miles to go to Barbados! You can read updates from the other boats here https://cornellsailing.com/odyssey/ao-2/ From what I can tell Falkor just sends position updates! 😜

Swimming at a depth of 4000 meters – not quite a mermaid but perhaps a merman 😜 And although swimming with the dolphins did not occur I figured I'd toss it into the compilation because I mean – dolphins!!! 🦈🦈🦈 plus look at how blue that water is! And #nofilter The pictures from the crossing are slowly loading! And as I get them I'll share. Wheee!!!

Fun fact for the day! After 2 days of non stop #sailing and #anchoring at 2 am we were soooo looking forward to getting off the #boat! We wash ashore to find everybody naked!!!! 😅😂😅😂😅 My first nude beach experience! But hey, when in Rome! #booksboatsandbabes #boatlife #familyafloat #fulltimecruisers #boatswithdogs #nudebeach #surprise #nofilter

We made it an entire month afloat! Although I have to admit, this first month feels almost like a cheater month if I am honest. The first week we were in Nowe Warpno getting the boat ready to sail. 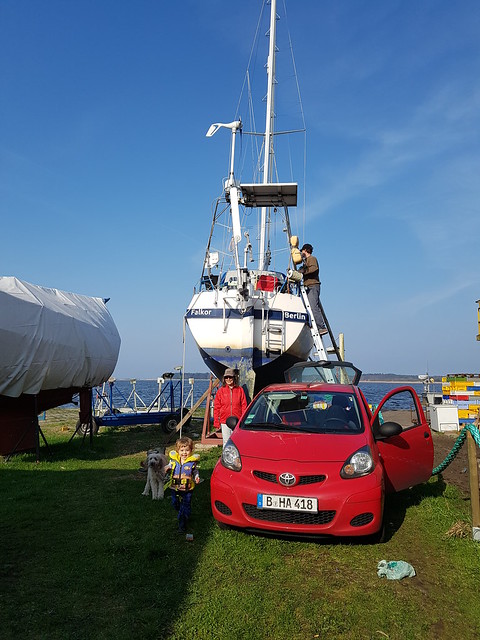 And then the week after we did cast off – but not for lands unknown! In fact, up until this week everywhere we have sailed has been our old stomping grounds!  First to Ruegen and from there to the tip of Denmark before we headed back to our old sailing club in Borgstedt. So it was a nice and easy way to start the trip. Or at least mostly. The weather was not our friend on this trip!

Nasty nasty wind that had me shrieking with fear in the canals and cursing the very idea of sailing.  And then we would anchor for the night and I would calm down and all would be right with the world again.

Even our ability to explode our stuff everywhere feels familiar! 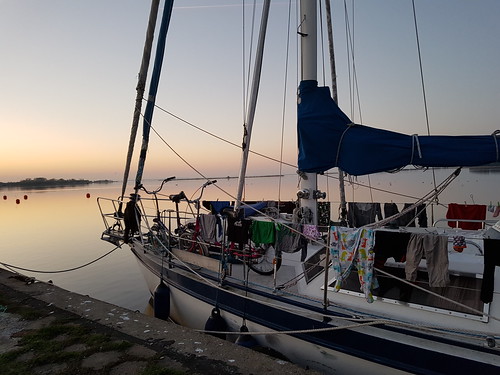 So it looks like we will make it past Amsterdam. I am still not promising past Portugal though! 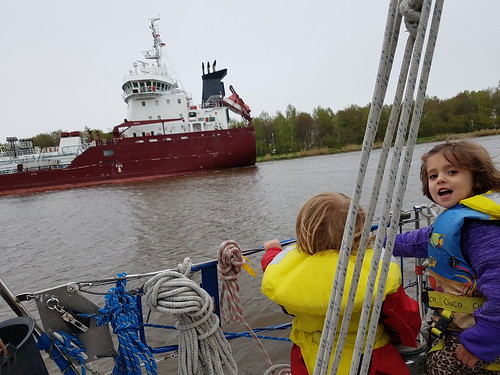 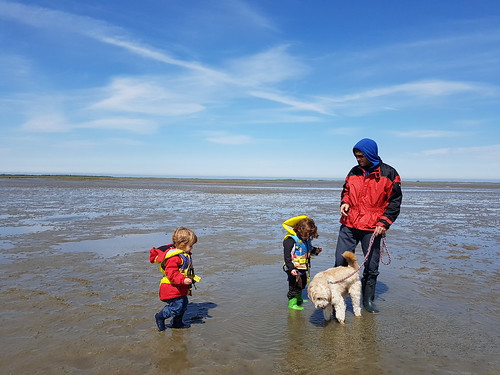 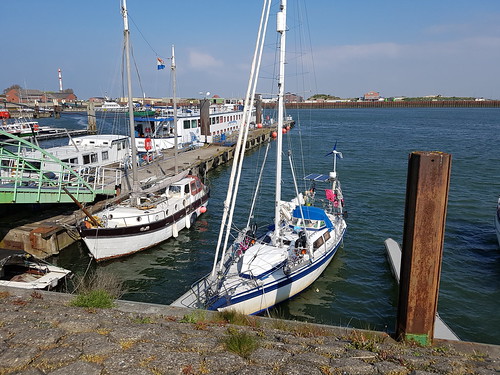 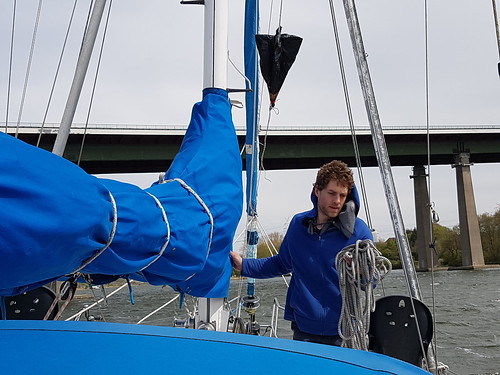 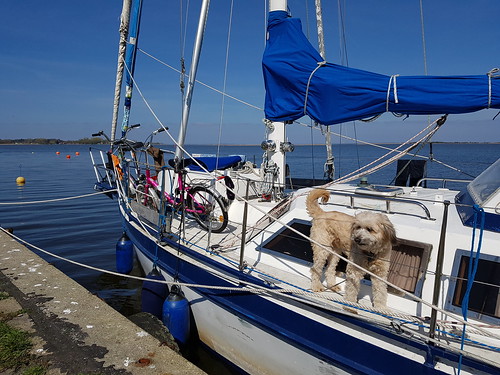 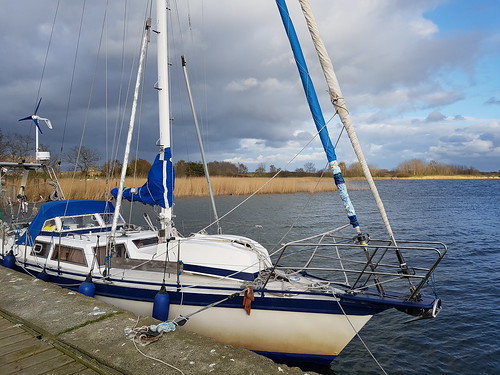 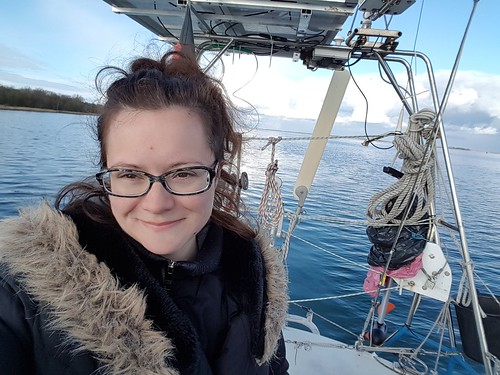 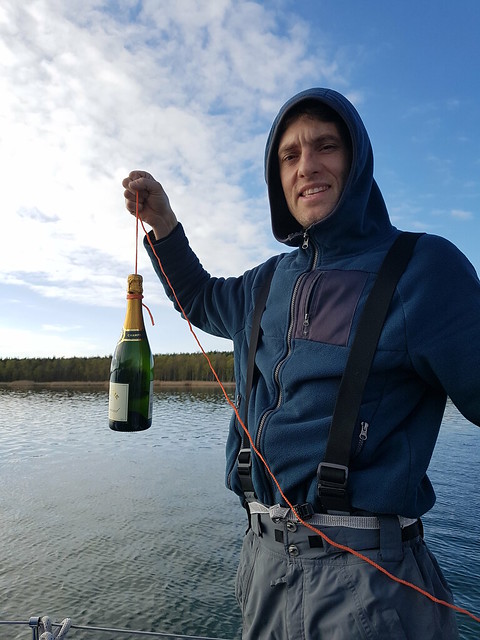 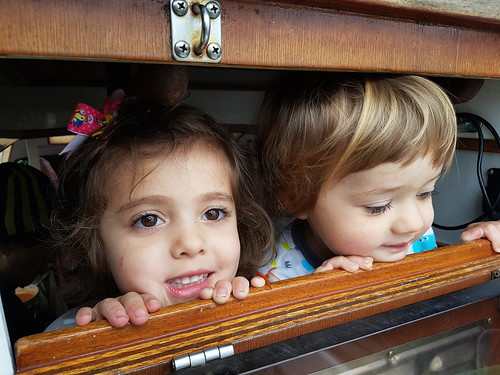 I promise more updates when we have consistent Internet. Even at a cafe where wifi is advertised my nerves screech at the slow almost dial up nature of the entire thing! Until then I do post regular pics on my Instagram account as well as the Facebook page!

Our time in Berlin is coming to an end! Patrick has finally convinced me that putting our babies in a boat and sailing with them on the ocean is, in fact, a wonderful idea. I am willing to accept it might be a wonderful idea. At the very least sailing around Denmark, the past two summers have been great fun. Falkor is a boat I trust. And when the father of your children tells you that after 12 years together he still wants nothing more than to run away with you, or at the very least sail away with you, your resistance melts and you pack up your babies and go.

And so Patrick is no longer at GoEuro, and we are ready to sail away come the end of March! Supposing our boat is no longer frozen in the ice that is!

It did require some convincing, and if you are interested in that journey, then get your free e-book here! I have promised that we sail as far as Portugal and then we can reassess if we continue. But I have gone from a reluctant sailor to an excited one. The past 4.5 years here in Berlin have been all kinds of crazy as Patrick and I left behind our motorcycle adventures for parenthood and start-up life. Now we are ready to start a new adventure. And if we can’t go with our babies on our bikes we will go with our boat!

The emptying of the apartment is in full swing, we have given notice to our landlords, and from here on out it is just a matter of how much we can fit on the boat before we sail away!